Let me give a complete review about the resort that i have stayed with my friends at the end of this post along with the places to visit in Varkala with a Varkala tourism itinerary list, but first have a look at the best varkala cliff resorts with swimming pool:

Luxurious varkala cliff resort that’s situated near the hotspot of Varkala Janardhanaswamy temple which is 2000 years old. They have swimming pool facility, in-house restaurant so that you can order favorite dish from the menu.

Comes with a starting price of Rs.3500 + tax for a couple. If you’re looking for a Deluxe room you can book it for a higher cost. Cost might vary during peak seasons and festivals.

Satta Beach resort has the best ambience for travellers who are coming with their family. Amidst the crowd, Foreigners enjoy their stay in this Satta cliff resort in Varkala with swimming pool.

Breakfast is given as a compliment in this resort and the cost per day is around Rs.2200 + tax with a sea facing room and for Balcony rooms they charge 100 extra that can accomodate two persons.

Hindustan Varkala Beach Resort is located exactly at the start of Varkala cliff and the beach facing rooms would make you awestruck! Attached with a common swimming pool this resort will cost you around Rs.2500 + tax.

They also provide facilities like Airport shuttle, Room service & restaurant. Not to mention that they have a big car parking space as well so your vehicle is secure within their property.

Cliff stories is the resort where my story of 2019 began with a late night new year party arranged by the resort owner himself who’s very kind and polite to his guests.

As the name Cliff Stories reveals that the resort’s location is over a Cliff on Varkala. We travelled through the smooth roads that’s reaching the resort in our car around the morning. The day before we were enjoying our stay in one of the best premium Alleppey houseboat in Kerala.

Whatsapp me here: for special deals on this cliff stories varkala cliff resort

When we reached the resort we were welcomed with a warm welcome drink – tea which is prepared inside their restaurant itself. The property has many amenities along with AC rooms, Car parking, Restaurant and the Garden area they also have a private access through stairs leading to the main Varkala beach.

Varkala is famous for three things:

The resort owner who’s a local in Varkala has so many contacts for ayurvedic professionals who’re in tis field for many years.

Varkala nightlife is just like what you see in Goa. The bars above the cliffs provide special view of the beach during the evening to enjoy the sunset with a can of beer.

Varkala Tourism Itinerary for Places to see in 3 days

Varkala is one of the prime travel destination near Trivandrum. The beauty of mountain cliff and beach lies on Varkala. It is easily connected to Thiruvananthapuram and its nearby Tamilnadu. Here is our itinerary plan for 3 days and 2 night:

Places to cover for your 1st Day at Varkala:

This place is for all travelers who need some break from their work or who wants to explore the beautiful cliff & beaches. So if you are the one, then you must explore varkala and put up a stay in one of the above listed resorts in varkala cliff. Also, it’s the best place to relax yourself with Ayurvedic massage and Yoga. 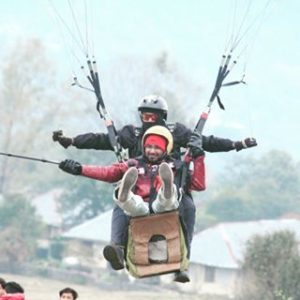 My Name is Rajesh & I started this blog to share my travel journey and experiences with everyone.

I’ve Travelled 25 states in India and currently I’m in Tamil Nadu. For any queries about my stay, travel itinerary and travel tips connect with me on Instagram.

Whatsapp me for help!

Thanks to our reader - Tamil Song Lyrics by Deepthi.

Whatsapp me for enquiries!

” Stop dreaming about your bucket list and start living it! “